George was signed for the RAMC because, probably, of his First Aid experience in being a member of the St Johns Ambulance Brigade before his war years.  Apparently his elder sister Mabel, herself a nurse, encouraged him to get involved in SJA

The role of the RAMC

The RAMC operated the army's medical units and provided medical detachments for the units of infantry, artillery and other arms. The Corps was assisted in its work by voluntary help from the British Red Cross, St John's Ambulance, the Friends Ambulance Unit, the Voluntary Aid Detachments and hundreds of private and charitable ventures.

What was a Field Ambulance?

The Field Ambulance was a mobile front line medical unit (it was not a vehicle), manned by troops of the Royal Army Medical Corps. Most Field Ambulances came under command of a Division, and each had special responsibility for the care of casualties of one of the Brigades of the Division. The theoretical capacity of the Field Ambulance was 150 casualties, but in battle many wouldneed to deal with very much greater numbers. The Field Ambulance was responsible for establishing and operating a number of points along the casualty evacuation chain, from the Bearer Relay Posts which were up to 600 yards behind the Regimental Aid Posts in the front line, taking casualties rearwards through an Advanced Dressing Station (ADS) to the Main Dressing Station (MDS). It also provided a Walking Wounded Collecting Station, as well as various rest areas and local sick rooms. The Field Ambulances would usually establish 1 ADS per Brigade, and 1 MDS for the Division.

The units of the RAMC

The links below will take you to pages describing the various units operated by the RAMC. 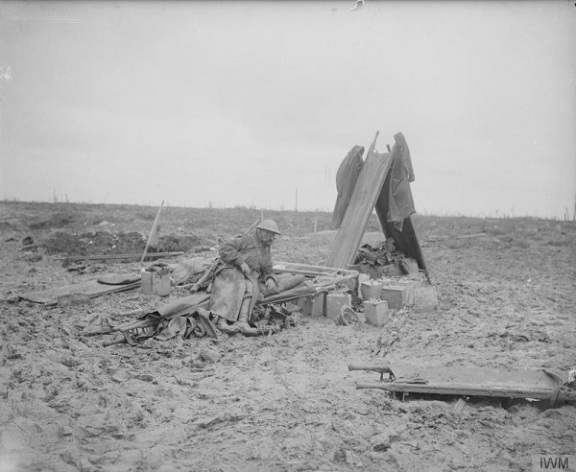